What is the St. Louis Corvette Club about?

Answer: Having fun. Meeting with old friends and meeting new friends. Road tours to interesting places. Dining out. Car shows. Charity events. The National Corvette Museum. Our membership is capped at 100 people. Our reason is that we feel a smaller club with interested, active members is a lot more enjoyable. To see if we have openings please email the membership.

Was the St. Louis Corvette Club really founded in 1953?

Answer: Most people didn't know anything about the Corvette prior to 1953 but it made a hit at the Motorama in New York City at the Waldorf Astoria Hotel - January, 1953. Only 300 Corvettes were produced that first year so they were hard to get. In June of 1953 when production began Jerry Craig, one of our very own members, talked over dinner to several new owners who had ordered a Corvette without ever seeing one. And so began the idea of a Corvette Club. In the 50s, members gathered at a restaurant for informal meetings with the primary interest being racing. As the club matured incorporation papers were filed and the first newsletters appeared in 1961. Membership dwindled in the 70s but the club was reactivated in 2004.

But aren't you an NCCC club?

Answer: Yes we are, but our emphasis is not on performance events. Our goal is to enjoy the American classic sports car and to encourage others to participate in that experience. NCCC adds a national dimension to the Corvette experience, we share a kinship with 16,500 Corvette owners across the country. NCCC provides us with a highly organized and safe venue for performance driving, insurance at our events, scolarship and charity programs.

Answer: Quoted from the NCCC website; "The purpose of NCCC was (and still is) to promote interest in Corvette ownership and operation, to publish information on the use and operation of the Corvette and to establish an organized effort to encourage others to participate in the enjoyment connected with the use of the Corvette".

What is your connection with the Corvette Museum?

Answer: St. Louis Corvette Club has a number of members who are Lifetime Members of the National Corvette Museum. We enjoy trips to the Museum and participate in many events there. Membership in the Museum is encouraged as there is no better way to support the Corvette Nation.

When are the Club Meetings?

Club meetings are held on the first Tuesday of the month at 7:00 PM 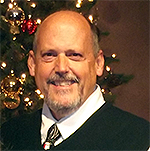